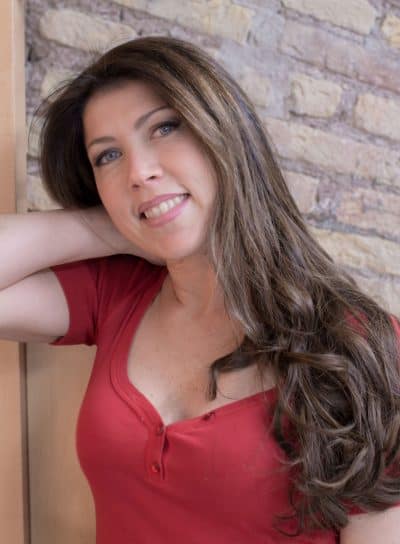 Sabina discovered Pilates in the 1990s when the method was still unknown in Italy. As a former track and field athlete and Physical Therapist with a Master’s degree from Sapienza University in Rome she immediately recognized Pilates as a key towards health and vitality.

After completing training in 2001 at Drago’s Gym in New York, Romana Kryzanowska hand-picked Sabina to direct her first instructor training program in Italy. Romana and her daughter Sari Mejia Santos visited Sabina’s studio often to oversee Sabina’s program which has graduated over 70 percent of the Romana’s Pilates instructors in Italy.

In 2009 Sabina began a collaboration with the Faculty of Medicine of Sapienza University of Rome, with which she completed several studies on Pilates applications on Scoliotic patients. Applying the Pilates method successfully on more than 200 patients over several years, her study resulted in a significant production of empirical data that scientifically proves the validity of the Pilates method.

Her scientific research has continued with more than 25 different experimental studies on Pilates applications in medicine, including an ambitious project on the effects of Pilates on Parkinson’s disease with the first published research paper on the topic: “Pilates and functional motor rehabilitation in Parkinson’s disease.”

In addition to running her studio and training program in Rome, Sabina is also an international presenter at Physical Therapy and Pilates conferences. She has been actively engaged for almost twenty years in spreading the original Pilates method and the scientific approach to Pilates in rehabilitation.

See All of Sabina's Classes